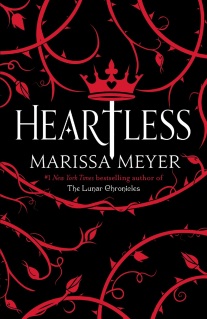 Author // Marissa Meyer
Publication Month // 2016
Publisher // Pan Macmillan
Genre // Young Adult, Fantasy
synopsis.
Catherine may be one of the most desired girls in Wonderland and a favorite of the unmarried King, but her interests lie elsewhere. A talented baker, she wants to open a shop and create delectable pastries. But for her mother, such a goal is unthinkable for a woman who could be a queen.
At a royal ball where Cath is expected to receive the King’s marriage proposal, she meets handsome and mysterious Jest. For the first time, she feels the pull of true attraction. At the risk of offending the King and infuriating her parents, she and Jest enter into a secret courtship.
Cath is determined to choose her own destiny. But in a land thriving with magic, madness, and monsters, fate has other plans.
(Good Reads)
review.
I love a good a good Alice in Wonderland retelling. There’s something about Wonderland, and the mythology weaved around it that makes it so rich for retellings. Not all books pull it off, and while Heartless probably isn’t my favourite, it’s not a bad attempt and it definitely had it’s own wonderful moments.
The story is told from the perspective of Cath, who we know from the outset will eventually become the Queen of Hearts from the traditional tale. This is her journey from being a young, carefree dreamer to the heartless Queen. There are plenty of other familiar characters, from the babbling, doting King, to Hatta (the Made Hatter) and other assorted Tea Party characters. Cath, unfortunately, fell flat as a character for me. She doesn’t stand up for herself very much, is very idealistic and struggles to understand why people won’t let her be or make her own choices. Her naivety finds her falling into her parents plans for her to marry the King, while at the same time she meets Jest, the Court Joker, and the two develop a mutual attraction.
Jest, ultimately, saved the book for me. He was a wonderful character, with a mysterious past that is slowly revealed as we get further into the story. The other highlight was the Midnight Tea Party that Jest takes Cath to, and was probably the scene most reminiscent of events from the original Alice in Wonderland tale, but with enough of a twist to make it unique.
Overall, I felt Heartless was a good tale. It introduced some wonderfully new characters and a unique spin on an untold aspect of Alice in Wonderland. I simply wish the main character had a little more spine.
I gave Heartless 3.5 out of 5 stars.