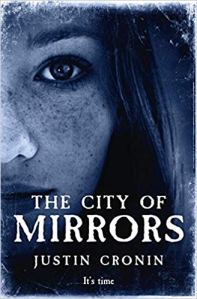 I read the final book in Justin Cronin’s The Passage trilogy as part of Tome Topple (which has been a tradition for the last few years) and I really enjoyed the conclusion to the series.

Set some time after the events of The Twelve, humanity is starting to emerge from the shadows and reclaim the world, sure it is free from the plague that swept the United States. We follow all the survivors from book 2 and discover what happened to Amy. We also discover the backstory to Zero, as well as what happens 1000 years after the plague.

The Passage trilogy is a very slow-paced paranormal-literary read, that focuses a lot on world building and character development. This instalment really delves into who these characters have become as a result of what has happened to them and how their actions will affect the world to come. It’s not a book series I thought I would enjoy as much as I did and I’m so glad I read it.

The third book in The Expanse series explores the mysterious artefact created by the organism on Venus. Earth, Mars and the Belt all send out groups of people to explore the artefact and the implications it may have for the humans living scattered throughout the solar system. Holden and the crew of the Rocinate find themselves with little choice but to participate when they’re hired to transport a documentary crew out to the artefact.

It’s little secret that I enjoy this series a lot – it mixes everything I love about science-fiction: a potential future, humans living in different locations in the solar system, theology discussions and spaceships. And action, lots of action. It’s a grand space opera and I love it.

Asia from it’s grand scale, there’s a lot to love about the characters and three books in there’s been a bit of growth (even from Holden) and a whole lot of new characters to get to know, expanding the universe even further. While this book lacks Bobbi and Chrisjen, two characters I really enjoyed in the last book, this was still a really great, high-stakes read. 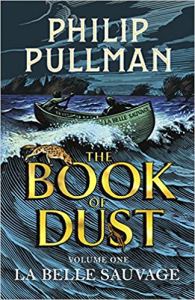 Malcolm is the young son of an inn-keeper, and owner of La Belle Sauvage, a boat that he uses to travel around his hometown. He becomes caught up in the mystery surrounding a six-month old baby – Lyra – left at the local priory. When an unpredicted flood sweeps the country, Malcolm and Alice (a local girl), save Lyra and set off in La Belle Sauvage to find Lyra’s father.

Philip Pullman is a master at combining elements in his stories that you wouldn’t expect to find – Arthurian myths, fairies and his familiar world of Lyra’s Oxford are all present and woven together so beautifully you don’t question it. Malcolm is an earnest protagonist and his desire to do the right thing and save the young Lyra is admirable and endearing.

I also loved the glimpses that we get of familiar characters, like Coram, Lord Asriel, Mrs Coulter and more.

While I enjoyed this book, I didn’t enjoy it as much as the His Dark Materials trilogy, although it was good fun to back in this world and I look forward to the next instalment of The Book of Dust. 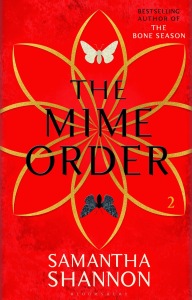 Paige Mahony escaped the Rephaim and returned to London, only to find that her quest to reveal the truth about what happened to her and the other voyants in Sheol 1 is being blocked at every turn. She needs to learn who her friends and allies are, and who are her enemies before everything she knows is destroyed.

I struggled with this book, just like I struggled with The Bone Season. It’s not a bad book or series and I think there’s a lot of really intriguing points, but I found it slow and predictable and unfortunately I still didn’t connect with the characters. I think part of my problem is that I keep expecting this series to be something other than what it is, possibly because of the popularity of the series, but it’s hard.

Overall, it’s not a bad read, and Shannon has clearly put a lot of thought into the world-building, but when I have to constantly reference character/cast lists, maps and glossaries it’s not always a good sign! At this point I’m not likely to continue with the rest of the series.