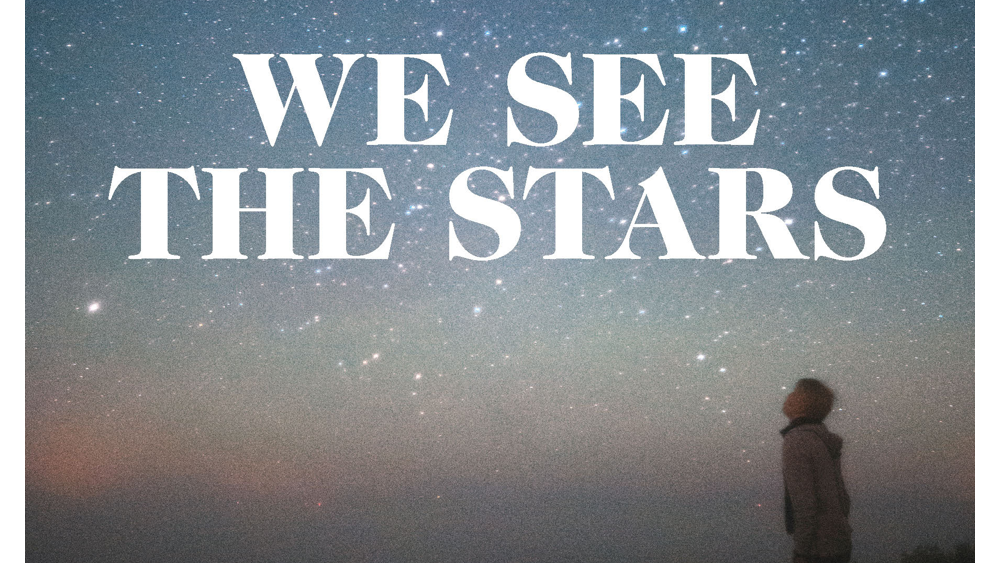 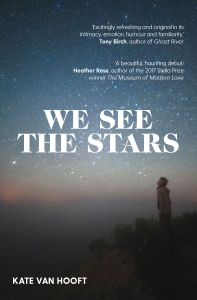 Title // We See the Stars
Author // Kate van Hooft
Publication Date // July 2018
Publisher // Allen & Unwin
Readership // Adult
Genre // Fiction
Australian RRP // $29.99
Rating // ✭✭✭
I received a copy of We See the Stars from the publisher in exchange for an honest review. All thoughts and opinions are my own.

‘Is that the Big Dipper?’ Mum asked. Her eyes were bright from the light in them, and they shone in the darkness more than any of the stars in the sky.

Simon is an eleven-year-old boy who lives in a world of silence, lists and numbers. He hasn’t spoken for years and he doesn’t know why.

Everyone at school thinks he’s weird and his only friends in the world are his brother Davey and Superman, who’s always there when he needs him.

One day Simon shares his Vita-Weats with Cassie, the scary girl from his class, and a friendship starts to form. And the new teacher Ms Hilcombe takes an interest in him, and suddenly he has another friend as well.

When Ms Hilcombe goes missing, only Simon knows where she is. But he has made a promise to never tell, and promises can never be broken. So now Simon is the only one who can save her.

A haunting and deeply moving novel with a brilliant voice in the tradition of The Eye of the Sheepand Jasper Jones.

We See the Stars is a haunting and atmospheric story of a young boy seeking to understand his place in the world.

Simon is eleven years old and hasn’t spoken to anyone for years. Alongside that, he has a number of quirky habits and behavioural traits that, these days, would be diagnosed as something (I won’t speculate on what because it’s not addressed properly in the book due to it’s setting in Australia’s past) and accepted with more readiness than it is in the story. His life is tough, with few people in his life trying to understand who he is and what he needs.

That changes when he gets a new teacher who tries her best to make sure Simon is included at school, including pairing him with Cassie, an intimidating girl in his class, for a project. The two develop the beginnings of a friendship built on their differences from the other students in their class. However, when his teacher goes missing, after sharing with Simon a secret from her past, Simon takes it on himself to try and save her.

This is a very slow story, that develops Simon’s world from his perspective, with an eleven-year old’s understanding of what’s happening around him and the people in his life. There are a lot of things he doesn’t understand and as a reader it was difficult at times to put some of those pieces together. However, the last few pages of the book, and the realisation of what was happening, was heartbreaking.