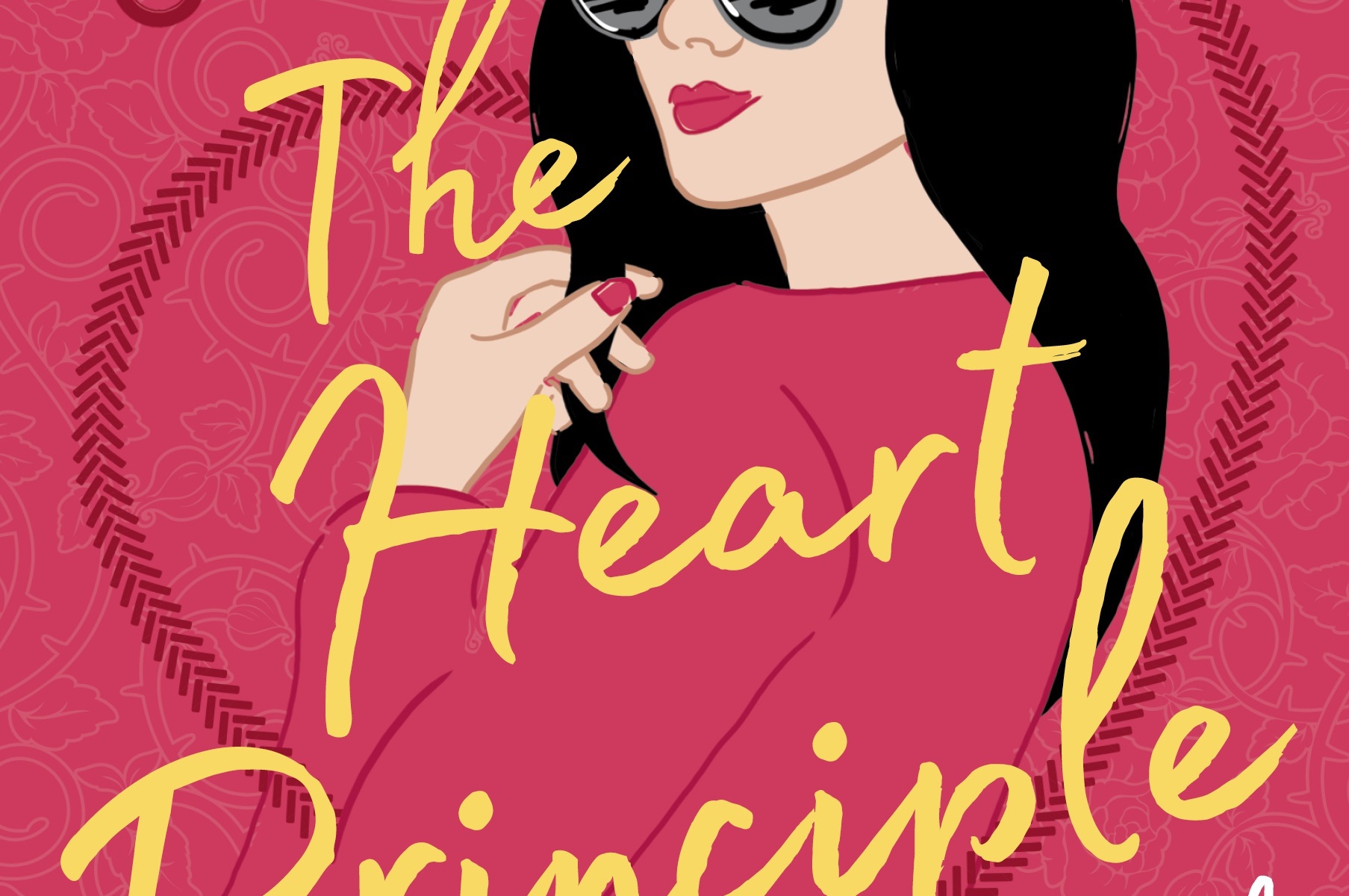 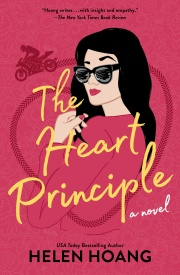 I received a copy of The Heart Principle from the publisher in exchange for a fair and honest review. All thoughts and opinions are my own.

A woman struggling with burnout learns to embrace the unexpected – and the man she enlists to help her – in this heartfelt new romance by the bestselling author of The Kiss Quotient, Helen Hoang.

When violinist Anna Sun accidentally achieves career success with a viral YouTube video, she finds herself incapacitated and burned out from her attempts to replicate that moment. And when her long-time boyfriend announces that he wants an open relationship before making a final commitment, a hurt and angry Anna decides if he wants an open relationship, then she does, too. Translation: She’s going to embark on a string of one-night stands. The more unacceptable the men, the better.

That’s where tattooed, motorcycle-riding Quan Diep comes in. Their first attempt at a one-night stand fails, as does their second and their third, because being with Quan is more than sex-he accepts Anna on an unconditional level that she herself has just begun to understand.

Helen Hoang has been a fan favourite since her debut book The Kiss Quotient came out a few years back. I’m always wary of hyped books (mostly because I always think I’m going to be the one person who doesn’t love it as much as everyone else), but when I picked up Helen’s books this year I immediately fell in love with her writing style and kicked myself for not picking them up sooner. To be able to read and review The Heart Principle is honestly a highlight for my year. It’s not an easy read, it deals with difficult and confronting topics, but it’s so good.

Anna Sun accidentally stumbled into fame when a Youtube video of her playing the violin goes viral, and ever since she’s struggled to be everything other people expect her to be to the point of being physically incapable of doing what she loves. She’s in therapy, trying to keep her family and their expectations of her at bay, and on top of all of it, her boyfriend wants an open relationship. In an effort to combat the hurt and anger she feels (at herself and the others around her), she joins a dating app and ends up meeting Quan Diep, although their first, second and third meetings don’t quite go according to plan. But when Anna’s father falls ill, she’s forced to take on responsibilities she never wanted and it puts increasing pressure on her relationship with Quan.

This book is, first and foremost, Anna’s story – which places it firmly in the contemporary fiction genre, with a heavy romance side plot. Which is not a bad thing, but definitely something to consider before picking it up, especially if you’re expecting a romance just like The Kiss Quotient. One thing I really appreciate about Helen’s books is that they’re all different and explore aspects of her experiences. She was diagnosed with Autism Spectrum Disorder and each of her books feature characters who exist along that spectrum (Anna, in this book), but she’s also shared aspects of her culture and her family’s culture, too, which makes for very powerful stories. I don’t always read author’s notes in books, but I always read hers because they always give a lot of context.

While we do get Quan’s story and parts of the book are told from his POV, we spend the majority of the time in Anna’s POV. This is a book about her discovering her diagnosis, of dealing with the ramifications of that and matching her behaviours and becoming aware of exactly what that means to her (particularly burnout). She has a complicated relationship with her family, exacerbated when her father falls ill and everyone expects her to step up into the role of carer, which brings with it even more complications. Meanwhile, she’s trying to navigate her new relationship with Quan, who she really likes and trusts but struggles to communicate effectively with while dealing with her burnout.

Quan is dealing with recovering from cancer treatment, as well as navigating the future direction of the clothing company he runs with Michael (and yes, there are plenty of Michael cameos in this book!). He’s immediately drawn to Anna and despite the fact that their timing is never right for their ‘one and done’ hookup, they become friends and confidants and he begins to fall for her. He’s a gorgeous character – one who accepts people for who they are, but even he struggles with the pressures that Anna (and by extension, himself, too) is under.

The entire story is gut-punch of emotions, from some truly happy moments to the lowest of lows and a lot of it resonated with me for lots of different reasons. Helen Hoang is definitely an auto buy author for me now – I’ll read anything she writes without question, because she deals in big issues, real-life and diversity without it feeling like it’s forced. These characters and their stories feel like real people dealing with their real life struggles and it’s beautifully handled.