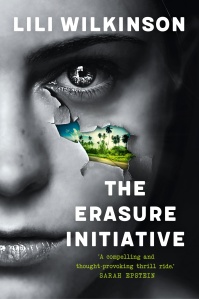 I received a copy of The Erasure Initiative from the publisher in exchange for a fair and honest review. All thoughts and opinions are my own.

A brilliant psychological thriller from one of Australia’s finest YA authors.

I wake up, and for a few precious seconds I don’t realise there’s anything wrong.
The rumble of tyres on bitumen, and the hiss of air conditioning. The murmur of voices. The smell of air freshener. The cool vibration of glass against my forehead.

A girl wakes up on a self-driving bus. She has no memory of how she got there or who she is. Her nametag reads CECILY. The six other people on the bus are just like her: no memories, only nametags. There’s a screen on each seatback that gives them instructions. A series of tests begin, with simulations projected onto the front window of the bus. The passengers must each choose an outcome; majority wins. But as the testing progresses, deadly secrets are revealed, and the stakes get higher and higher. Soon Cecily is no longer just fighting for her freedom – she’s fighting for her life.

The acclaimed author of After the Lights Go Out returns with another compelling YA thriller – a timely novel about the intensity and unpredictability of human behaviour under pressure.

Lili Wilkinson knows how to write YA thrillers.

I read my first of Wilkinson’s novels, After the Lights Go Out, when it was first released and was immediately taken in by the way that she wrote young adult characters in challenging situations. It led me to one of her earlier books, The Boundless Sublime (which incidentally included my favourite topic for thrillers: cults) and now I’m hooked and will probably read any YA thriller she releases in the future.

In The Erasure Initiative we begin in – what we eventually come to realise is – the middle of the story of our protagonist. She wakes up on a self-driving bus, surrounded by 6 people she doesn’t know and she can’t remember her name or how she got there. Her name tag says her name is Cecily, but she’s not even sure if that is true. After some time, everyone on the bus begins to participate in a series of tests that begin with innocuous consequences, but later develop into more dangerous tasks. Cecily thinks she’s fighting for her freedom, but could she be in more danger than she first believes?

It’s hard to know where to start with this book, because there were so many things I enjoyed. I initially planned on reading the first half of the story and then coming back to it the next day but I honestly couldn’t put it down.

Cecily is a fascinating main character – she’s the definition of an unreliable narrator. She doesn’t know if her name is her real name and she doesn’t know how or why she’s ended up on this bus, or if she can trust the people she’s stuck onboard with. As the reader, we begin to piece together Cecily’s history, based on clues given through chat transcripts, articles and other additional text pieces that Wilkinson has woven through her narrative as the characters begin searching for answers. All the characters have secrets, but they don’t know what they are and that makes for some really interesting character development throughout the story.

The premise is really cool, too, and I actually can’t write exactly what excited me about it without spoilers, so you’ll have to forgive me for being vague here. Needless to say, the reveal for the purpose of the bus and the participants is fascinating in a very morally challenging way. It is very much an ethics-driven thriller that asks you to question ‘what do you believe is right?’ and I love that kind of story.

In terms of atmosphere, the first part of the book, while on the bus, reminded me of the movie Speed (minus the bomb) – a group of people are stuck on a bus without knowing anything about who put them there, where they’re going (if they’re going anywhere) and why they’re facing a set of challenges without context. I enjoyed it immensely because it narrows the scope of what the characters can access in order to solve the mystery and the forced proximity means they have to work together and develop relationships rapidly in order to figure out what’s going on.

This was a lot of fun and my kind of thriller book: ethics and morality, driven by unreliable narrators and very entertaining. 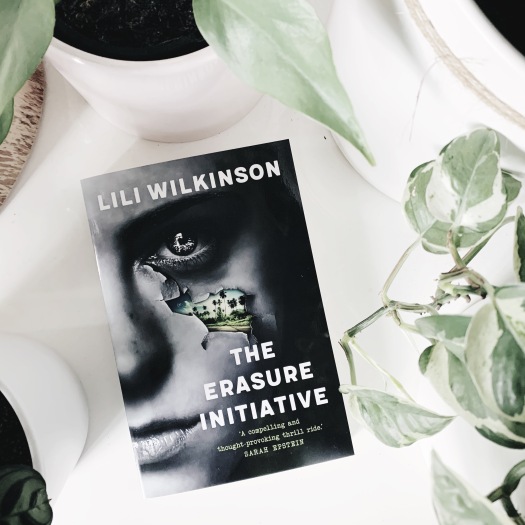