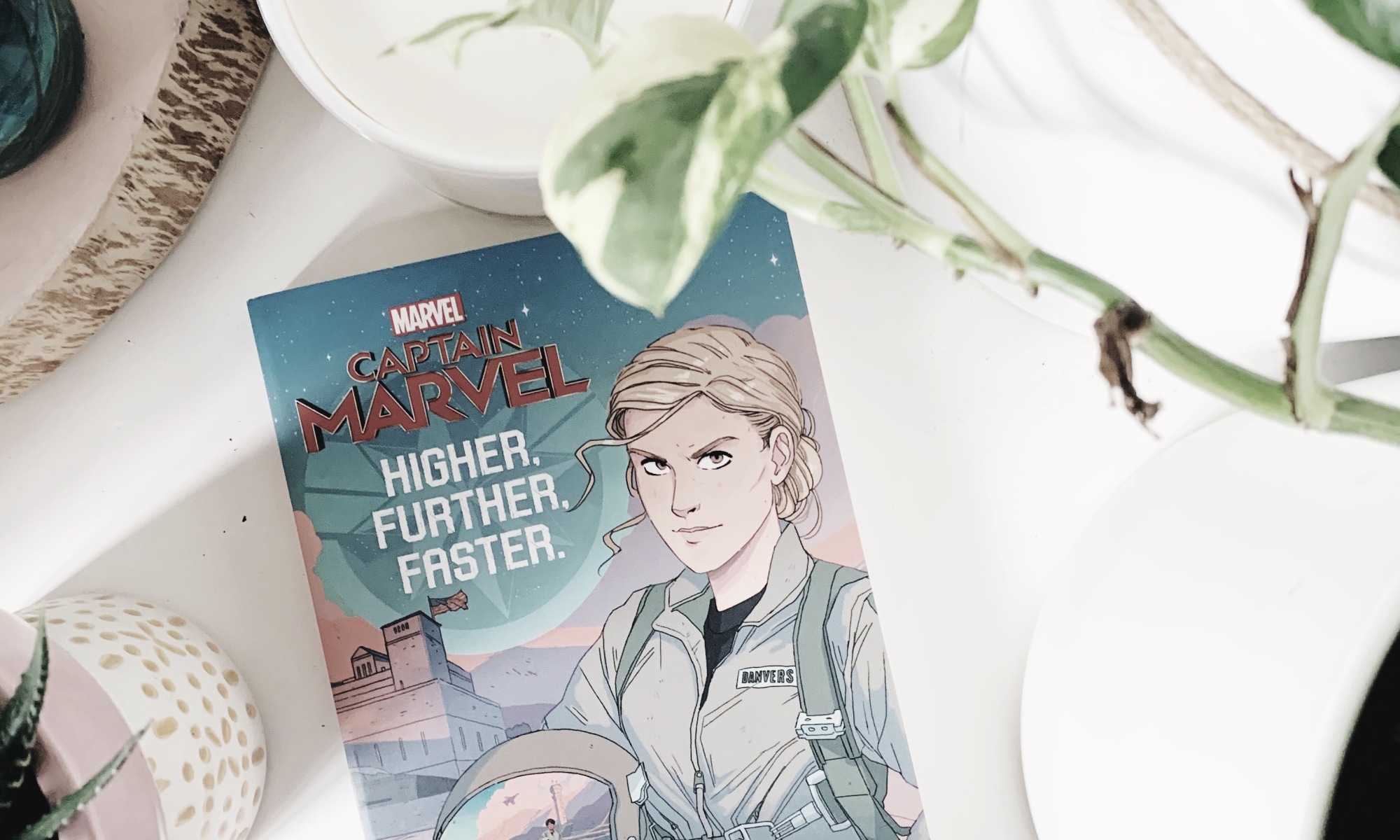 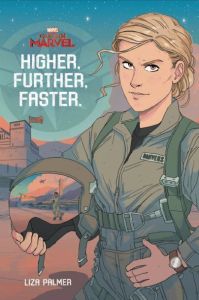 I received a copy of Captain Marvel: Higher, Further, Faster from the publisher in exchange for a fair and honest review. All thoughts and opinions are my own.

Before she became Captain Marvel, Carol Danvers dreamt only of becoming a pilot in the airforce. Protecting her country was always her priority. In this young adult novel, read how Carol and her best friend, Maria, overcome obstacles in a male-dominated environment to achieve their dreams… and at what cost?

Before reading Captain Marvel: Higher, Further, Faster, I’d heard a lot of good things about it from friends who’d read it, so I was really excited to pick it up this ‘prequel’ story to the Captain Marvel feature film.

Carol Danvers  is about to commence her first day at the United States Air Force Academy and she finds herself in a spot of trouble when she tries to help out a stranger. As a result, she’s given some advice that follows her through her training: Let yourself learn. This guides everything she does afterwards, as she meets her roommate, Maria, and fights to prove that women are just as capable of being fighter pilots as men. She struggles with self-doubt, sexism and doing what’s right.

I really loved this Marvel novel, not least because it features a strong, independent young woman reaching for her dreams – and not just succeeding at them easily, but also failing at times and having to pick herself back up. It’s a strong message to send to younger readers, because success doesn’t come without mistakes or failure along the way and to see such an iconic character go through those experiences is important. Carol is smart, charismatic and, at times, cocky, about her abilities, but just like everyone, she struggles with self-doubt at times, and then she turns to her friends – Maria and a group of other academy students – to help her get back on track.

I was very impressed by the way that this book didn’t dumb down the technical talk – while it is, for the most part, basic flight information, Liza Palmer has included enough information to make it interesting and engaging and to explain to people unfamiliar with piloting an aircraft what it is that’s actually going on. Likewise, the training sequences are intense and sometimes confronting (including a training scene in a gas chamber), but they all feel very real and, most importantly, vital to Carol’s development.

There are definite sexist overtones to the book – wherein women are a minority in pilot training and experience a lot of negative comments around their capabilities and suitability for the program – and I appreciated that this was not toned down, despite this being for a middle grade-young adult audience. Carol’s ability to stand up and not only call out the behaviour and persevere and achieve everything she sets out to do makes her an even bigger role model.

This is a great read for fans of Captain Marvel or the general marvel universe.