I won a copy of The Way Back in a Goodreads giveaway last year and it’s been sitting on my shelf since then.

Charlie is a thirteen year old girl who loves her family and loves riding horses. One afternoon, while out riding, she is kidnapped and her horse, Tic Tac returns without her, sending her family into panic and initiating a four month search for the young girl. She is discovered wandering around, dirty and injured, after the four months and what follows is an exploration of what happened to Charlie and how she and her family will  deal with the ramifications of everything that has occurred.

This was a decent mystery-thriller – there is a very heavy focus on the emotional side of events and how everyone in Charlie’s life copes with both her disappearance and reappearance. Personally, I found it to be a bit slower as a result, but the story itself is solid and the events Charlier has lived through are chilling. It has certainly prompted me to never let any child I have go riding alone in a national forest. 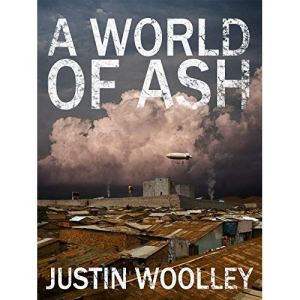 I bought all three books in The Territory series last year after listening to author, Justin Woolley, speak at Oz Comic Con. I think he described the series as a Mad Max meets Zombies story set in the Northern Territory (Australia) and I was pretty much sold. He was really lovely when I met him and I’m so glad I’ve finally been able to finish the series because it was really great.

Set in a dystopian future the town of Alice has a fence built around it to keep out the horde – the ghouls that walk the country in search of people to quench their thirst. Alice itself is a town run by fear of the horde and that fear is capitalised on by the religious leaders who seek to keep the population in control. At the end of the first book, A Town Called Dust, the unthinkable happened: the fence around Alice was breached, leaving the whole area open to the horde.

Books 2 and 3 expand on the initial story, widening the world in which the inhabitants live. We finally get to visit the world beyond the fence as Squid and Lyla team up with a Nomad boy, Nim, in search of a cure to wipe out the horde.

There’s a huge amount of conflict within the two books – all the characters have enemies who want to see them fail. All the characters grow in strength and personality, as their allegiances and friendships are challenged.

This is a series that is well-worth checking out.

Fighting Hislam was a really interesting look at Susan Carland’s research into the experiences of Muslim women on faith and sexism in their lives. The book form of her thesis, she interviewed a variety of women in North America and Australia who are all prominent members of the community – either for their faith, for their community work or their social connections via blogs.

I really enjoyed learning a lot more about these women and the things they have gone through and worked towards. While the writing style is very academic, it’s not difficult to read and I found it quite eye-opening. 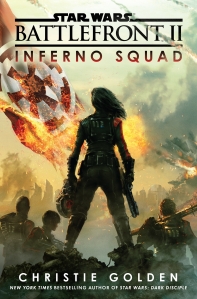 It’s no secret that I love Star Wars books, but the one thing I will concede is that they can be a bit dense as the universe is so large that authors need to constantly orient readers to the place, time and characters, and where everything fits into the wider universe.

Inferno Squad really didn’t suffer from this at all, and I loved it.

Iden Versio is the daughter of a prominent Imperial Admiral, and a survivor of the destruction of the first Death Star. She’s recruited with three other Imperial officers to form Inferno Squad – a specialist team of officers who will uncover the source of leaks to the Rebels. One of their first missions is to embed with the remnants of Saw Gererra’s partisans, a group called the Dreamers and destroy them from within.

I loved that this entire book was told from the perspective of Imperials – bringing to mind the saying that everyone is the hero of their own story – and it’s a different way to view the Star Wars universe. Iden is a headstrong, self-important character – but she’s been raised that way and she is confident in her ability to get the job done. And yet, throughout the course of the story, she’s forced to question exactly what she believes – and while this is not a story where the Imperials are suddenly going to shift allegiances to the side of the Rebels, it is so intriguing to see where people are willing to compromise their beliefs.

This is definitely one of my favourite Star Wars reads recently.