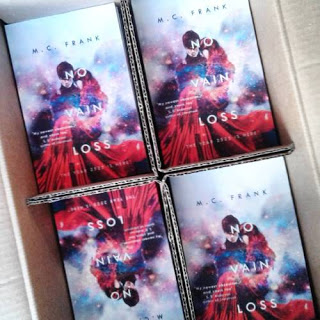 ( Photo by M.C. Frank )
Those of you who follow my reviews know that I’m on M.C. Frank’s No Ordinary Stars Street Team, and that I loved all three books in the series – No Ordinary Star, No Plain Rebel and No Vain Loss.
To celebrate the upcoming release of the third and final book, No Vain Loss, the author is giving away 5 signed copies of the physical book to anyone who preorders the ebook.
Visit M.C. Frank’s post for details on how to enter.
To preorder No Vain Loss, visit Amazon’s Kindle store.
No Vain Loss
A soldier is summoned to the North Pole, days before the year changes, told to fix the great Clock for a celebration. He has no idea what to do.
A girl, hunted for the crime of being born, almost dies out on the ice. She is rescued by the last polar bear left alive.
A library waits for them both, a library built over a span of a hundred years, forgotten in the basement of an ice shack.
The world hasn’t known hunger or sickness in hundreds of years. It has also forgotten love and beauty.
This is the One World.
The year is 2524.
Inspired by the short stories of Ray Bradbury, this futuristic young adult novel in three parts is set in a world where Christmas -among other things- is obsolete and a Clock is what keeps the fragile balance of peace.Written in three parts, this is the breathtaking story of how two unlikely people change the world, and each other, one book at a time. In No Vain Loss, the world is on the brink of the greatest war humanity has ever known. Lives will be lost. New truths will be revealed. 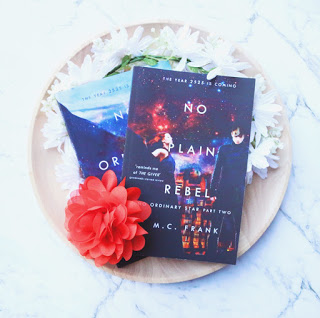