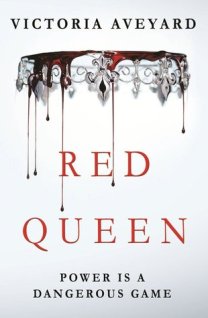 synopsis.
This is a world divided by blood – red or silver.
The Reds are commoners, ruled by a Silver elite in possession of god-like superpowers. And to Mare Barrow, a seventeen-year-old Red girl from the poverty-stricken Stilts, it seems like nothing will ever change.
That is, until she finds herself working in the Silver Palace. Here, surrounded by the people she hates the most, Mare discovers that, despite her red blood, she possesses a deadly power of her own. One that threatens to destroy the balance of power.
Fearful of Mare’s potential, the Silvers hide her in plain view, declaring her a long-lost Silver princess, now engaged to a Silver prince. Despite knowing that one misstep would mean her death, Mare works silently to help the Red Guard, a militant resistance group, and bring down the Silver regime.
But this is a world of betrayal and lies, and Mare has entered a dangerous dance – Reds against Silvers, prince against prince, and Mare against her own heart.
(Good Reads)
my thoughts.
Red Queen is full of things I love: dystopian world, people with abilities, problems to be solved.
That said, the premise not entirely original; Aveyard has clearly taken a lot of popular tropes and ideas and blended them in to her own story, and there’s nothing wrong with that. The world building was not as complete as I would have liked in the first book, but given that it is the first book in a series that’s not unexpected. There’s definitely enough action happening in this book to keep any reader occupied.
Mare has a lot of potential as a strong female character. I didn’t feel a huge connection with her in this book, but I also didn’t dislike her. There is a love triangle (or, at times, a quadrangle) which was not a selling point but it does lead in to the most interesting parts of the book at the end.
I did love that the two groups of people in this world are divided by the colour of their blood, and also the different types of abilities possessed by the Silver-bloods and how everyone is divided into categories. I love knowing details about special abilities and powers and that was definitely done well.
Overall, this was a good start to the series with enough hooks to keep me wanting to know what is going to happen next. Overall, I gave Red Queen 3.5 out of 5 stars.
title // Red Queen #1: Red Queen
author // Victoria Aveyard
publisher // HarperTeen
genre // Young Adult, Fantasy
publication date // February 2015
format // Paperback