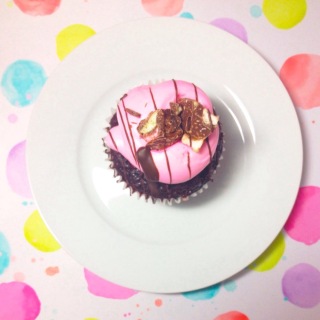 Today’s theme for the blog-tember linkup is most memorable birthday.
You’d probably expect me to talk about a truly wonderful and memorable birthday. Well, this one was certainly memorable. Mostly for all the wrong reasons! (Okay, I might be being a little bit dramatic, but you know, it was kind of rough when it was my birthday.)
Most of you are aware that I am a teacher and that my birthday is in September. That often means that my birthday is during the last week of Term 3 here in Victoria. Which is fine. Except when my birthday falls on a major school event. Like the School Dance (in 2014) and last year’s disaster: the School Concert of 2015.
First of all, I was ridiculously unwell. So unwell that I spent the better part of the week off school trying to be well enough to attend two nights of school concert with my beautiful Foundation students who had been practising and practising for a whole term to be ready to perform for the first time on a stage. Suffice to say, I was not in a particularly good space.
Add to it I had to spend two nights out at a school event until after 10pm in a small, echo-y room with over 150 of my closest (read: loudest) little friends.
And then it was also my birthday.
To say I just wanted to crawl into my bed and hide under the blankets and forget it all, was an understatement.
However, there were some bright little moments (as there always are, even if they’re hard to see at the time).
First up, my colleagues were fantastic and alternatively supported me and left me alone (when I needed time to myself).
Second of all, I do love spending time with my kiddos and they’re excitement was so precious.
One of my kiddos bought me the cupcake above (which was delicious) and one of the mums came in the following day with a birthday cake and candles on behalf of the class, which was really lovely.
I will note that for the first time in seven years, my birthday this year falls on the first day of the school holidays. (There may or may not have been some cheering upon the realisation that I would not be spending it at any school events for one year!)
Don’t forget to stop by Bailey’s blog to join in the blog-tember fun and I’ll catch you guys tomorrow!

One Reply to “blog-tember | five . most memorable birthday”